Growth factors and hormones activate global and selective protein translation by phosphorylation and therefore activation of p70 S6 kinase through a wortmannin-sensitive phosphoinositide-3 kinase (PI-3K) antiapoptotic pathway and a rapamycin-sensitive signalling pathway of mTOR. Here we demonstrate that the phosphorylation of 40S ribosomal protein S6, a physiological substrate p70 S6 kinase, was highly increased by growth-stimulation of the cytolytic T cells (CTLL2) with interleukin 2 (IL2), which was accompanied with the increased phosphorylation of p70 S6K. The activity of p70 S6K and phosphorylation of the S6 protein was completely blocked by rapamycin and significantly decreased upon treatment of the cells with wortmannin, indicating an involvement of the PI-3K pathway in concert with the signalling pathway of mTOR in IL2-dependent phos-phorylation of ribosomal protein S6. The phosphorylation and activity of PKB/Akt in IL2-stimulated CTLL2 cells were rapamycin-insensitive and reduced upon wortmannin treatment of the cells, confirming a requirement for PI-3K for Akt activity. The data support the hypothesis that Akt may act downstream to PI-3K and upstream to mTOR in an IL2-mediated signal transduction pathway that controls phosphorylation of the regulatory protein S6 in CTLL2 cells. 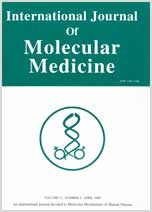