Effects of GM-CSF and M-CSF on tumor progression of lung cancer: Roles of MEK1/ERK and AKT/PKB pathways

Several studies have demonstrated that colony-stimulating factors (CSFs) are closely associated with tumor progression, metastasis and invasion through autocrine or paracrine mechanism in lung cancer. However, biologic roles of CSFs are still unknown. Elucidating the biologic roles of CSFs and the regulatory mechanisms of tumor-specific behavior by CSFs raises the possibility of having a new therapeutic approach for lung cancer. We previously established two adenocarcinoma cell lines, A924 and A964 and a large cell carcinoma cell line MI-4. MI-4 and A924 constitutively produced an abundant dose of granulocyte macrophage colony-stimulating factor (GM-CSF) and macrophage colony-stimulating factor (M-CSF). We examined the effects of GM-CSF and M-CSF on tumor growth, death, and invasion in CSF-producing (A924 and MI-4) and non-producing lung cancer cells (A549 and A964). These cell lines demonstrated both GM-CSF and M-CSF receptor mRNA expression. In our study, GM-CSF seemed to have advantage for tumor proliferation and invasion in lung cancer cells. M-CSF seemed to have advantage for tumor invasion, but not proliferation. The tumor-specific phenotypes (proliferation, invasion and survival) up-regulated by GM-CSF and M-CSF were mediated through MEK/ERK and PI3k/Akt pathways. However, when MEK/ERK was activated by transfection of active form of MEK1 cDNA, the tumor-specific behavior was promoted in CSF-non-producing cells, whereas inhibited in CSF-producing cells though MEK/ERK activation increased constitutive GM-CSF production. MEK/ERK signaling regulated differently tumor-specific behavior between CSF-producing cells and CSF-non-producing cells. 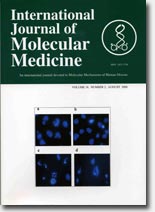