The aim of this study was to demonstrate the cholesterol-lowering effect of electroacupuncture (EA) at the acupoint of Fenglong (ST40) in mice and to investigate its molecular mechanism by using genome-wide gene expression profile analysis. Mice with hypercholesterolemia induced by a high-cholesterol diet were randomly divided into EA at ST40 group (EG), EA at non-acupoint group (ENG), and simvastatin group (DG). A lipid profile of both the plasma and liver indicated that EA at ST40 had the same hypocholesterolemic effect as that of simvastatin, while EA at non-acupoint failed to produce the same effect. The global gene expression profile showed that EA at ST40 not only regulated the expression of genes which were directly involved in the cholesterol metabolism in the liver, but also significantly affected the expression of genes involved in signal transduction, transcription regulation, cell cycle, cell adhesion, immunity and stress. The gene expression pattern was further verified by real-time RT-PCR. The mechanism by which EA at ST40 regulated liver cholesterol metabolism is discussed. We conclude that the hypocholesterolemic effect is specific to EA at ST40 and not due to general electrical stimulation of muscles. The comprehensive gene expression profile analysis appears particularly useful in the search for EA-induced changes in cholesterol regulation. 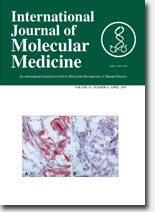