Signaling mediating colorectal cancer (CRC) progression is incompletely understood. Previously, we identified lipopolysaccharide (LPS), an endotoxin of ubiquitously existing colonic bacteria, as a pivotal stimulus increasing the metastatic potential of human CRC. Since the ubiquitous colonic bacteria release large amounts of LPS this observation could be of enormous relevance for the progression of CRC. In this study we present data contributing to the elucidation of its mode of action. Since both receptors CD14 and TLR4 act as LPS mediators, we determined their expression in various CRC cell lines and in 115 non-metastatic, lymphogenous-metastatic and haematogenous-metastatic CRC specimens. Here we showed that CD14 was not expressed in normal colon epithelium, in non-metastatic and metastatic CRC. Furthermore, we showed that diverse CRC cell lines did not express CD14 under normal conditions and after LPS stimulation. Thus, CD14 can be ruled out as a mediator of LPS-induced signaling related to CRC progression. In contrast, we found that normal colon epithelium and CRC cell lines were positive for TLR4. Furthermore, both lymphogenous and haematogenous metastatic cases showed either loss of expression or strong downregulation of TLR4 as compared to normal tissue and to non-metastatic tumors. We found that LPS stimulation resulted in significant TLR4 upregulation in cells expressing lower constitutive TLR4 levels such as CaCo2, whereas no significant response to LPS was observed in cells characterized by relatively high amounts of constitutive TLR4. Our data suggest that TLR4 expression may be associated with mechanisms preventing CRC progression. 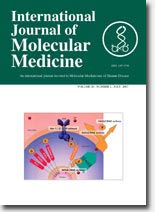