Excess energy is stored as neutral lipids in lipid droplets (LDs) whose surface is coated by PAT proteins, each playing a distinct cellular function. The adipocyte differentiation-related protein (ADRP) and tail-interacting protein (TIP47) are expressed almost ubiquitously, whereas the oxidative tissue-enriched PAT protein (OXPAT) is expressed in specific tissues, such as the liver. In rat liver, only ADRP expression has been documented. This study was aimed at identifying OXPAT and TIP47 transcripts in rat hepatocytes, and investigating how their expression is modulated by excess lipids, using fat-enriched hepatocytes to mimic different degrees of steatosis. Primary rat hepatocytes were exposed to fatty acids (FFAs) for 12, 24 and 36 h. Lipid accumulation was estimated by spectrophotometric quantification of triacylglycerol. Expression of PAT proteins as well as of PPARγ was evaluated by real-time RT-PCR. Hepatocytes exposed to FFAs showed progressive lipid accumulation. The increase in lipid content was associated with the induction of PAT protein expression. At 12 h, OXPAT and TIP47 mRNA expression was up-regulated. At longer times, the level of OXPAT transcripts remained high, whereas that of TIP47 slowly declined. Conversely, ADRP expression showed a time-dependent increase with exposure to FFAs. This study demonstrates, for the first time, the presence of OXPAT and TIP47 transcripts in rat hepatocytes, as well as their up-regulation with lipid accumulation. The distinct time courses observed for the three PAT proteins during FFA exposure might reflect the different roles played by each protein in lipid metabolism in the hepatocyte. Up-regulation of TIP47 and OXPAT might represent an early response to excess lipids, while, in correspondence with a lipid overload, up-regulation of ADRP could address lipids towards storage. 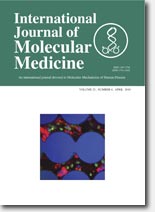