Proteolysis in general and particularly the serine proteases are causally involved in many physiological processes and different diseases. Recently it was reported that plasminogen activator inhibitor type one (PAI-1) inactivation can alleviate the symptoms of Alzheimer's disease and reduce the body weight of obese individuals. In our broad search for natural compounds and their derivatives that can inhibit PAI-1, we include the polyphenols of teas since teas (green and black) or their components have been reported to alleviate the symptoms of both obesity and Alzheimer's disease. Inactivation of PAI-1 was measured in human plasma using thromboelastography. We used known PAI-1 inhibitor PAI039 [{1-benzyl-5-[4-(trifluoromethoxy) phenyl]-1H-indol-3-yl}(oxo)acetic acid] as a positive control and (-)-epigallo-catechin-3-gallate (EGCG), its prodrug octaacetate EGCG (OcAc EGCG) and theaflavin digallate [TH(2)] as potential PAI-1 inhibitors. We found that inactivation of PAI-1 in plasma by EGCG and OcAc EGCG was low or very low. However, TH(2) inactivated PAI-1 in a concentration-dependent manner with an IC50 of 18 µM which is equal to or better than the IC50 reported for known PAI-1 inhibitor PAI039. Clearly TH(2) inhibits PAI-1 and might play a role in slowing down the progression of Alzheimer's disease or obesity by a PAI-1-dependent pathway. While the clinical value of TH(2) has not been proven, long-term prospective studies assessing its efficacy are warranted due to the benign nature of the substance. 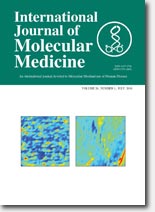