The cytologic diagnosis of pulmonary aspergillosis infection is typically made on a presumptive basis and later confirmed by fungal culture, which may take up to one week to complete. An in situ hybridization (ISH) probe specific for Aspergillus for use in surgical pathology specimens has been developed which has not been used on cytology preparations. We describe a supra-threshold adapted testing (STAT) in situ hybridization test for cytology specimens, which takes less than one hour to finish. We performed ISH on three cases of culture-proven pulmonary aspergillosis and one case with Aspergillus fungal forms but negative cultures to test the feasibility of using this same Aspergillus probe on cytology specimens. Four patients with pulmonary aspergillosis were initially diagnosed by cytologic examination of their respective specimens. The presumptive diagnosis was confirmed by culture to be Aspergillus fumigatus on three cases. ISH on both cytology cytospin and Thin-Prep specimens was performed using an rRNA Aspergillus specific probe. All four cytology specimens exhibited positive staining with the Aspergillus probe. Most, but not all, fungal hyphae were stained with the probe. Even though ISH is more expensive than culture, in situ hybridization can be performed in less than one hour on cytology specimens and may be beneficial for patients in selected clinical circumstances. 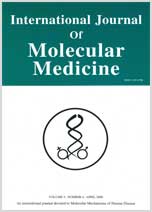