Nitric oxide has been shown to be an important factor in the regulation of apoptosis in mesangial cells. The following studies were conducted to determine whether L-arginine, the metabolic precursor of nitric oxide synthesis, directly modulates programmed cell death in response to a variety of stimuli. Cultured rat mesangial cells were exposed for 24-48 h to one of the following four experimental conditions known to induce apoptosis: i) a cytokine combination consisting of interferon-gamma (50 U/ml), interleukin-1 (5 ng/ml), and LPS (10 microg/ml); ii) 0.75 mM hydrogen peroxide; iii) etoposide, 150 microg/ml; and iv) cis-platinum, 100 microg/ml. Addition of L-arginine resulted in a dose-dependent decrease in apoptosis in cytokine-treated RMC. This effect was demonstrable by gel electrophoresis, diphenylamine assay of DNA fragmentation, and an ELISA to detect DNA oligonucleosomes. The effect was not related to increased osmolality of the test media and was not reproduced by the addition of equimolar D-arginine. L-Arginine also reduced apoptosis and necrosis in RMC that were incubated with etoposide and cis-platinum. In contrast, the amino acid had no beneficial effect on RMC survival following exposure to hydrogen peroxide. These findings indicate that several components of the nitric oxide biosynthetic pathway including the precursor and the enzymatic product independently exert direct effects on apoptosis in cultured rat mesangial cells. 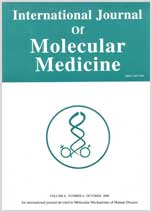