Investigations on the influence of the parasympathetic nervous system via muscarinic signaling in tumor progression have produced contradictory evidence. We investigated the expression of muscarinic acetylcholine receptors (mAchR) and their intracellular transduction pathways, in two murine mammary adenocarcinoma cell lines, LM3 and LM2 in comparison with the normal murine mammary epithelial cell line: NMuMG. Saturation binding assays with the tritiated muscarinic antagonist quinuclidinyl benzilate ([3H]-QNB) indicate that LM3 cells express higher amounts of mAchR than LM2 cells. Muscarinic receptor activation with carbachol (CARB) enhanced basal production of citrulline to a greater extent in LM3 cells than in LM2 cells. The nitric oxide synthase (NOS) inhibitor, NGmono-methyl-L-arginine (L-NMMA), blunted this effect only in LM3 cells while in LM2 cells the action of CARB was blocked by N? hydroxy-L-arginine (L-OH-Arg), which is known to inhibit the arginase pathway. Atropine blocks the action of CARB in both cell lines. Additionally, mAchR activation stimulates prostaglandin E2 (PGE2) synthesis only in LM2 cells. NMuMG cells show detectable basal amounts of nitric oxide and PGE2, but they did not respond to CARB. Binding experiments confirm the absence of mAchR in these cells. The findings indicate that mAchR expression in tumor cells, and its control on arginine metabolism, via NOS/arginase, and on PGE2 synthesis by COX activation, could be a switch on mechanism that might lead mammary cells from normal to malignant phenotype. Moreover, mAchR coupling to distinct effectors might be associated with differences in aggressiveness of tumor cells. 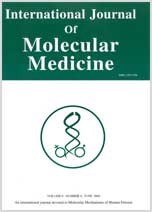