The mitogenic substance P receptor (NK-1 subtype) is expressed in many primary human tumors with the highest frequency of expression appearing in astrocytomas and glioblastomas (75% and 100%, respectively). Recently, we showed that substance P neuropeptide induces DNA synthesis in the human astrocytoma U-373MG cells by activating the mitogen-activated protein (MAP) kinase pathway leading to the induction of c-Fos and c-Myc expression. The induction of these immediate early genes is necessary for the progression of cells form G1 to S phase of the cell cycle. In this study, we demonstrate that U-373MG cells are highly sensitive to the growth-inhibitory action of rapamycin at nanomolar concentrations (IC50 <1 ng/ml). We also show that SP peptide stimulates protein synthesis in the U-373MG cell line by activating a rapamycin-sensitive signaling pathway. Further, we demonstrate that SP is potent in stimulating PHAS-I protein (also known as 4E-BP1) phosphorylation and p70 S6 kinase (p70(S6K)) phosphorylation and enzymatic activity, and that this stimulation is inhibited by subnanomolar concentrations of rapamycin. In contrast, rapamycin was not at all effective in repressing SP-induced activation of MAP kinase pathway, c-Fos phosphoprotein expression, and DNA synthesis in U-373MG astrocytoma cells. 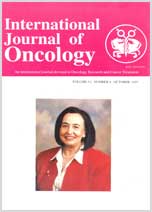