Xanthine oxidase (XO) and xanthine dehydrogenase (XDH) are alternate enzymatic forms of the XO/XDH protein that catalyzes the oxidation of hypoxanthine to xanthine, and xanthine to uric acid, and in the process XO/XDH generates reactive oxygen species (ROS) such as superoxide, hydrogen peroxide, and hydroxyl radicals. We hypothesize that XO/XDH, which is expressed in mammary epithelium, contributes to the development of breast cancers by virtue of its ability to generate genotoxic ROS. In this study, we produced human XO/XDH protein at high levels in Spodoptera frugiperda (Sf9) insect cells using the baculovirus vector to confirm the specificity of antibodies used for immunostaining of human breast tissues. Immunoblot analysis demonstrated that the full length 143 kDa polypeptide was partially processed into a 87 kDa and 59 kDa fragments. The overexpressed XO/XDH protein was identified in the cytoplasm of insect cells by immunofluorescence staining. Using these antibodies we analyzed normal and neoplastic breast epithelium for the presence of XO/XDH. Immunohistochemical analysis of normal human breast revealed the presence of XO/XDH in the cytoplasm of epithelium lining terminal ducts. The intensity of XO/XDH staining was markedly enhanced in alveolar epithelium of lactating mammary lobules. In contrast, no immunohistochemically detectable XO/XDH was observed in intraductal in situ carcinomas and in invasive carcinomas of the breast. Further studies are necessary to confirm the utility of the loss of XO/XDH expression as a marker for neoplastic change in the breast and investigate the functional role of this enzyme in the pathogenesis of breast cancer. 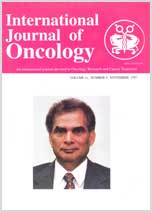