Use of cellular telephones and the risk for brain tumours: A case-control study.

The use of cellular telephones has increased dramatically during the 1990's in the world. In the 1980's the analogue NMT system was used whereas the digital GSM system was introduced in early 1990's and is now the preferred system. Case reports of brain tumours in users initiated this case-control study on brain tumours and use of cellular telephones. Also other exposures were assessed. All cases, both males and females, with histopathologically verified brain tumour living in Uppsala-Orebro region (1994-96) and Stockholm region (1995-96) aged 20-80 at the time of diagnosis and alive at start of the study were included, 233 in total. Two controls to each case were selected from the Swedish Population Register matched for sex, age and study region. Exposure was assessed by questionnaires supplemented over the phone. The analyses were based on answers from 209 (90%) cases and 425 (91%) controls. Use of cellular telephone gave odds ratio (OR) = 0.98 with 95% confidence interval (CI) = 0. 69-1.41. For the digital GSM system OR = 0.97, CI = 0.61-1.56 and for the analogue NMT system OR = 0.94, CI = 0.62-1.44 were calculated. Dose-response analysis and using different tumour induction periods gave similar results. Non-significantly increased risk was found for tumour in the temporal or occipital lobe on the same side as a cellular phone had been used, right side OR = 2.45, CI = 0.78-7.76, left side OR = 2.40, CI = 0.52-10.9 Increased risk was found only for use of the NMT system. For GSM use the observation time is still too short for definite conclusions. An increased risk for brain tumour in the anatomical area close to the use of a cellular telephone should be especially studied in the future. 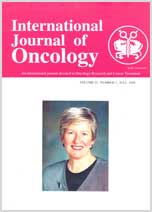