We compared the suitability of 3 techniques to study tumor cell survival in the lungs of mice and proliferation into metastases. Genetic tagging of tumor cells with the bacterial beta-galactosidase marker gene lacZ, radiolabeling of tumor cells with [I-125]IdUrd, and S-phase labeling of cells with bromodeoxyuridine (BrdUrd) were used simultaneously to track the fate of highly metastatic K-1735 X-21 melanoma cells injected into syngeneic C3H/HeN mice. The melanoma cells were transfected with a plasmid containing lacZ and neomycin resistance genes. After growth in selective medium, the cells were incubated in medium containing [I-125]IdUrd and then injected i.v. into mice. Lungs isolated at various times after i.v. injection were processed for staining with X-gal, radioactive monitoring, and immunohistochemical staining with a monoclonal antibody against BrdUrd. At early time points, the presence of lacZ-positive cells directly correlated with radioactivity associated with viable cells. However, the expression of the beta-galactosidase was only stable for 1 week, and by 3 weeks after injection, large metastases contained only a few lacZ-positive cells. The combination of lacZ tagging with BrdUrd proliferation assay accurately identified dividing tumor cells in micrometastases. The simultaneous use of these 3 techniques allowed us to conclude that quantitative analysis of tumor cell survival is best accomplished by radioactive labeling of cells, whereas the use of lacZ-tagged cells allowed for studies of localization. Analysis of tumor cell proliferation requires the use of both lacZ tagging and immunohistochemistry using anti-BrdUrd antibodies. Since the process of metastasis consists of a series of distinct steps, each technique presents its own advantages and limitations. 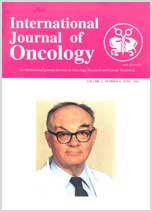