Mitotic cell death, a different cell death mode from apoptosis, has been focused on in tumor therapy. It may involve the mechanism of highly potent cytotoxicities of enediyne antibiotics toward tumor cells. We describe the characteristics of mitotic cell death induced by enediyne antibiotic lidamycin at low concentrations (0.01-1 nM), in the human hepatoma BEL-7402 cells and human breast carcinoma MCF-7 cells. The cells exerting mitotic cell death showed retardation at G2+M phase, enlargement of cell volume and multinucleation, some of which were positive in senescence-associate β-galactosidase staining. The multinucleated living cells did not show apoptotic features by co-staining with mitochondria-specific dye Mitosensor and DNA-specific dye Hoechst 33342. The DNA polyploidy rather than 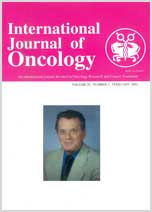