Epidemiological studies recently concluded that consumption of cruciferous vegetables such as broccoli, cabbage, and cauliflower, etc. is inversely related to prostate cancer risk, although the mechanism of prevention and the responsible phytochemicals are unknown. Since clinically significant prostate cancer eventually can grow independent of androgen, the association of the growth and tumorigenesis of such prostate cancer cells with sulforaphane (SFN) which is a predominant isothiocyanate in cruciferous vegetables, investigated. These vegetables contain high concentrations of glucosinolate glucoraphanin, which yield sulforaphane when hydrolyzed by the plant enzyme myrosinase. This study showed that exposure of human androgen-independent DU-145 prostate cancer cells to SFN resulted in the inhibition of growth and tumorigenesis, as revealed by a reduction in cell density, DNA synthesis, and clonogenesis. Analyses of the mechanism revealed that SFN mediated cell cycle arrest by modulating the expression and functions of cell cycle regulators. SFN induced signals that inhibited the activity of cyclin-dependent kinase cdk4 with an up-stream induction of cdk inhibitor p21WAF-1/Cip-1, and reduced cyclin D1. The inhibition of cdk kinase activity could be affected with <1 µM SFN within 24 h. As a result, phosphorylation of Rb proteins, which activates the transition from G1- to S-phase, was significantly decreased and the cell cycle progression retarded. SFN also down-regulated the expression of bcl-2, a suppressor of apoptosis, and activated caspases to execute apoptosis in the prostate cancer cells. The regulators of cell cycle have thus been revealed as targets of sulforaphane for growth arrest and apoptosis induction. The potential of SFN, as an active dietary factor to inhibit initiation and post-initiation of prostate cancer carcinogenesis is discussed. 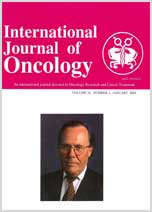