CD34 is commonly used as an endothelial cell marker of tumor vessels. However, this marker detects not only newly formed, but also pre-existing large blood vessels. Nestin, a class VI intermediate filament protein, has recently received attention as a marker for detecting newly formed endothelial cells. In this study, whether nestin is a novel angiogenesis marker in colorectal cancer was examined. HCT-15, a human colon cancer cell line, was subcutaneously implanted into the dorsum of nude mice. After the tumor grew, the mice were perfused with fluorescent beads (Fluospheres). Then, the tumor tissues were used for immunofluorescence staining using nestin and the CD34 antibody. Immunohistochemistry was performed with nestin and CD34 on 101 human colorectal cancer tissue samples. Proliferating endothelial cells were detected immunohistochemically by a proliferating cell nuclear antigen (PCNA) antibody. Clinicopathological factors and prognosis were compared between two groups: that with a microvessel density (MVD) higher than the median MVD and that with MVD lower than the median MVD, as detected by nestin and CD34 labellings. Nestin was localized in endothelial cells in small blood vessels (median, 9.06 µm), whereas CD34 was localized in large blood vessels (median, 9.67 µm) in nude mice. The diameter of nestin-positive vessels was smaller than that of CD34-positive vessels in human colorectal cancer. The number ratio of PCNA-positive cells to nestin-positive vascular endothelial cells was higher than that of PCNA-positive to CD34-positive cells (p=0.002). There were no correlations between nestin-positive blood vessels and clinicopathological factors, but the prognosis was worse in the highly nestin-positive MVD group (p=0.071). Nestin is considered a novel angiogenesis marker of proliferating endothelial cells in colorectal cancer tissue. 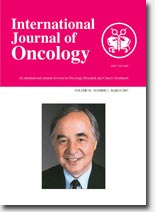