The aim of this report is to review and evaluate, in a comprehensive manner, the published data regarding the contribution of genetic polymorphisms to risk of head and neck cancer (HNC). All relevant studies available in MEDLINE and published before July 2007 were identified. Studies carried out in humans that compared HNC patients with at least 1 standard control group were considered for analysis. Two hundred and eighteen publications and 3 published meta-analyses were identified. Seventy-five (34%) studies were conducted in Asian, 72 (33%) in American, and 68 (31%) in European countries. The most widely studied gene was GSTM1 (58 studies), followed by GSTT1 (42 studies), GSTP1 (codon 105, 22 studies) and p53 (codon 72, 20 studies). GSTM1, GSTT1, GSTP1, XRCC1 codons 194 and 399, and CYP1A1 codon 462 were examined by meta-analyses, and significant relations were found between the GSTM1-null genotype and an increased risk for HNC. In addition, increased risk for HNC was associated consistently with the ALDH2*1/*2, p53 codon 72 Pro/Pro and EPHX1 codon 113 Tyr/His and His/His genotypes. Cohort studies that simultaneously consider multiple genetic and environmental factors possibly involved in carcinogenesis of the head and neck are needed to ascertain not only the relative contribution of these factors to tumor development but also the contributions of their putative interactions. 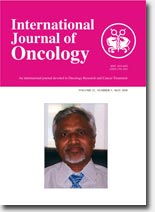