Uncommon cancers of the small intestine, appendix and colon: An analysis of SEER 1973-2004, and current diagnosis and therapy

Analysis of the Surveillance, Epidemiology and End Results (SEER) registry indicates that more than 20% of all cancers are located in the gastrointestinal (GI) tract. Although colon adenocarcinomas constitute ≈90% of all malignant intestinal neoplasia, the remaining 10% of tumors in the small intestine (SI), appendix and colon are clinically relevant since their late presentation due to a paucity of overt symptoms culminates in a high mortality rate despite the fact that many such lesions are not intrinsically aggressive neoplasia. Thus, neuroendocrine tumors (NETs), adenocarcinomas (except for colonic), lymphomas, sarcomas and GI stromal tumors (GISTs) of the SI, appendix and colon, while relatively rare, represent an under-recognized and underserved group of lesions. According to the SEER registry 1973-2004, the incidence/100,000 of sarcomas has remained unchanged, while NETs, adenocarcinomas (except colon), and lymphomas have increased 2.9-, 1.6-, and 2.0-fold, respectively. This may, at least partly, reflect the development of more sophisticated diagnostic techniques including high resolution CT and MRI, capsule endoscopy and somatostatin scintigraphy for NETs. Although the development of specific targeted therapies such as tyrosine kinase inhibitors (TKIs) for GISTs and somatostatin analogs for NETs have improved prognosis, early detection remains the critical variable in determining outcome. The overall 5-year survival rates have remained relatively unchanged over time (1973-1999), or are only improved marginally for some subgroups. We present an overview of the epidemiology of these uncommon cancers, and address their clinical behavior, and current diagnostic and therapeutic options. 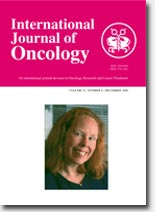