Mobile phones, cordless phones and the risk for brain tumours

The Hardell-group conducted during 1997-2003 two case control studies on brain tumours including assessment of use of mobile phones and cordless phones. The questionnaire was answered by 905 (90%) cases with malignant brain tumours, 1,254 (88%) cases with benign tumours and 2,162 (89%) population-based controls. Cases were reported from the Swedish Cancer Registries. Anatomical area in the brain for the tumour was assessed and related to side of the head used for both types of wireless phones. In the current analysis we defined ipsilateral use (same side as the tumour) as ≥50% of the use and contralateral use (opposite side) as <50% of the calling time. We report now further results for use of mobile and cordless phones. Regarding astrocytoma we found highest risk for ipsilateral mobile phone use in the >10 year latency group, OR=3.3, 95% CI=2.0-5.4 and for cordless phone use OR=5.0, 95% CI=2.3-11. In total, the risk was highest for cases with first use <20 years age, for mobile phone OR=5.2, 95% CI=2.2-12 and for cordless phone OR=4.4, 95% CI=1.9-10. For acoustic neuroma, the highest OR was found for ipsilateral use and >10 year latency, for mobile phone OR=3.0, 95% CI=1.4-6.2 and cordless phone OR=2.3, 95% CI=0.6-8.8. Overall highest OR for mobile phone use was found in subjects with first use at age <20 years, OR=5.0, 95% CI 1.5-16 whereas no association was found for cordless phone in that group, but based on only one exposed case. The annual age-adjusted incidence of astrocytoma for the age group >19 years increased significantly by +2.16%, 95% CI +0.25 to +4.10 during 2000-2007 in Sweden in spite of seemingly underreporting of cases to the Swedish Cancer Registry. A decreasing incidence was found for acoustic neuroma during the same period. However, the medical diagnosis and treatment of this tumour type has changed during recent years and underreporting from a single center would have a large impact for such a rare tumour. 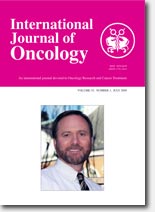