We previously reported that hyperforin, a phloroglucinol purified from Hypericum perforatum, induces the mitochondrial pathway of caspase-dependent apoptosis in chronic lymphocytic leukemia (CLL) cells ex vivo, and that this effect is associated with upregulation of Noxa, a BH3-only protein of the Bcl-2 family. Here, we investigated the role of this upregulation in the pro-apoptotic activity of hyperforin in the cells of CLL patients and MEC-1 cell line. We found that the increase in Noxa expression is a time- and concentration-dependent effect of hyperforin occurring without change in Noxa mRNA levels. A post-translational regulation is suggested by the capacity of hyperforin to inhibit proteasome activity in CLL cells. Noxa silencing by siRNA reduces partially hyperforin-elicited apoptosis. Furthermore, treatment with hyperforin, which has no effect on the expression of the prosurvival protein Mcl-1, induces the interaction of Noxa with Mcl-1 and the dissociation of Mcl-1/Bak complex, revealing that upregulated Noxa displaces the proapoptotic protein Bak from Mcl-1. This effect is accompanied with Bak activation, known to allow the release of apoptogenic factors from mitochondria. Our data indicate that Noxa upregulation is one of the mechanisms by which hyperforin triggers CLL cell apoptosis. They also favor that new agents capable of mimicking specifically the BH3-only protein Noxa should be developed for apoptosis-based therapeutic strategy in CLL. 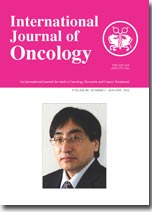