The prognosis of patients with large‑cell neuroendocrine carcinoma (LCNEC) of the lung is extremely poor and the optimal treatment for these patients has yet to be determined. In this study, we described the clinicopathological characteristics of LCNECs and compared the prognoses of corresponding stages determined by the guidelines of the 6th and 7th editions of the TNM classification of malignant tumors. Clinical data from 42 patients diagnosed with primary LCNEC who underwent treatment at Kitasato University Hospital between 1991 and 2009 were retrospectively analyzed. On follow‑up of 42 patients, 22 (52.4%) had confirmed recurrent tumors, including 8 patients with mediastinal lymph node recurrences and 19 with distant metastases. The sites of distant metastases included the brain in 8, bone in 8, liver in 7, lungs in 5 and adrenal glands in 4 patients. For all the patients, the 5‑year overall survival rate was 34.7% and the 5‑year disease‑free survival rate was 32.9%. The 5‑year overall survival rates of patients with stage I cancers according to the 6th and 7th staging editions was 51.3% (6th n=18, 7th n=16). Thirteen of 42 patients (31.0%) also had metachronous or synchronous primary cancers. Patients with LCNEC had poor outcomes, even those with stage I tumors classified according to the 7th edition of the TNM classification. Therefore, frequent recurrences in addition to metachronous or synchronous primary cancers in patients with LCNEC should be treated.

Large-cell neuroendocrine carcinomas (LCNECs) of the lung are aggressive tumors. Patients with LCNEC have an extremely poor prognosis since the biological behavior of LCNECs is similar to that of small cell lung carcinomas and LCNECs also have characteristics of high-grade neuroendocrine tumors (1–9). However, the treatment for patients with LCNEC has been based on non-small cell carcinomas. To improve the outcomes for patients with LCNEC, a better understanding of its clinicopathological characteristics, including preoperative diagnoses, the effectiveness of adjuvant chemotherapy, tumor recurrence rates and the prognosis of different stages, is required. In addition, a new edition (7th) of the TNM classification of malignant tumors was introduced in 2007 by the International Association for the Study of Lung Cancer (IASLC) to replace the 6th edition (10). At present, the prognosis of LCNEC tumors staged according to the newer edition of the TNM classification is unknown. The aim of this study was to describe the clinicopathological features of LCNECs in detail and compare outcomes between stages determined by the guidelines of the 6th and 7th editions. We also discuss the role of adjuvant chemotherapy and the optimal management of patients with LCNEC.

The Institutional Review Board of Kitasato University Hospital approved the protocols and procedures used in the study. As this was a retrospective study, treatments varied, particularly adjuvant chemotherapies.

Clinical data from 42 patients diagnosed with primary LCNEC who underwent treatment at the Kitasato University Hospital between 1991 and 2009 were retrospectively analyzed. LCNEC was diagnosed in resected surgical specimens showing evidence of neuroendocrine differentiation detected by immunohistochemistry and neuroendocrine morphologic features according to the World Health Organization International Histological Classification of Tumors (1).

The response of LCNEC tumors to induction chemotherapy was based on the Response Evaluation Criteria in Solid Tumors (RECIST) Guidelines (12). Postoperative follow-ups of patients with LCNEC were routinely performed 3 or 4 times per year and consisted of screening for symptoms and chest roentgenography. When abnormal findings were identifed, the patient underwent chest CT and if recurrences were suspected, the patient also underwent abdominal CT, brain MRI or CT, bone scintigraphy or positron emission tomography.

Survival time was calculated from the date of surgery to the time of recurrence or mortality or date of last follow-up and was evaluated using the Kaplan-Meier method. Survival curves were compared using the log-rank test. P<0.05 was considered to indicate a statistically significant difference.

The 42 patients with LCNEC were predominantly male, predominantly smokers and none of the patients manifested paraneoplastic syndrome (Table I). With regard to preoperative serum tumor markers, CEA was elevated in 50% of patients, whereas NSE and ProGRP, specific neuroendocrine tumor markers, were infrequently elevated (Table II). There were 6 patients whose preoperative diagnoses were definitive or suspicious for LCNEC. Limited resection was performed in only 2 cases and intraoperative pleural lavage cytology was positive in only 1 case (Table III).

Pathological findings revealed that 37 patients underwent complete resection, with negative tumor margins. There were 11 patients whose tumors were diagnosed as combined LCNEC with components of adenocarcinoma in 7, squamous cell carcinoma in 3 and large cell carcinoma in 1 case. The mean number of mitoses per 10 high-power fields was 63.7 (Tables IV and V). Immunohistochemical staining revealed that no neuroendocrine marker was expressed in every LCNEC case and there were 12 cases that were only positive for 1 marker (Table IV).

TNM classifications according to the 6th and 7th editions and prognosis

Pathological staging according to the 6th and 7th editions of the TNM classification.

Recurrences and other cancers

Duration from date of surgery until tumor recurrence.

Of 42 patients, 13 (31.0%) had metachronous or synchronous primary cancers and 3 patients had primary cancers at >1 site with the exception of LCNEC tumors (Table X). Of the 13 cases, only 3 cases had undergone induction or adjuvant chemotherapy.

In patients with LCNEC who have had surgery as initial treatment, knowledge of the frequent sites of recurrence is required for treatment planning. In this study, we revealed that 21 of 22 patients with recurrent tumors developed their recurrences within 2 years after surgery. There has been limited information published on treatments for patients with LCNEC, particularly with regard to recurrent LCNEC tumors and sites of recurrence. In a study of LCNEC patients who were followed over time, the majority of recurrent tumors occurred within 3 years after surgery; patients frequently developed brain metastases and a number of patients with recurrence had extremely poor outcomes. However, certain cases with recurrence achieved good responses to treatment, particularly treatment with platinum-based chemotherapy, radiation therapy or a combination thereof (20). Findings of another study demonstrated that LCNEC tumors responded well to chemotherapy (21). These results indicate that it is necessary to treat recurrences as early as possible after the initial surgery and recurrent tumors should be treated using platinum-based chemotherapy, radiation therapy or chemoradiotherapy with platinum-based agents.

Although it is important to check for LCNEC tumor recurrence, we must also be aware of additional new cancer lesions, including those at other sites. The incidence of a second primary digestive cancer following resection of lung cancer has been reported to be 1–2% (24). The proportion of patients successfully treated for their initial non-small cell lung carcinoma and at risk of developing a second non-small cell lung carcinoma has been reported to be 1–2% (25,26). A previous study has also revealed a high rate of postoperative secondary cancers following surgery for LCNEC tumors (20). Our results demonstrated that 31% of LCNEC patients had metachronous or synchronous primary cancer. These results indicate that a high proportion of LCNEC patients develop a second primary cancer. Although LCNEC tumors are intrinsically aggressive, development of second primary cancers may be one of the reasons that patients with LCNEC have poor outcomes. We need to consider the risk of the occurrence of second primary cancers when following postoperative LCNEC patients and continue to investigate the mechanisms involved in the frequent development of metachronous or synchronous primary cancers in these patients.

In conclusion, our results have shown that the histological classifications of LCNEC were reproducible and patients with LCNEC had poor outcomes, even for stage I disease in the new TNM staging system. Frequent recurrences and metachronous or synchronous primary cancers in patients with LCNEC should be treated. Adjuvant chemotherapy with platinum-based regimens may be effective in preventing recurrent tumors.

The authors thank Isao Okayasu, Noriyuki Masuda, Kazushige Hayakawa, Hidenori Hara, Yoshio Matsui and Kenji Nezu for their helpful and excellent contributions. This study was supported in part by a Grant-in-aid for Scientific Research (C) 24592098 of the Japanese Ministry of Education, Culture, Sports, Science and Technology. 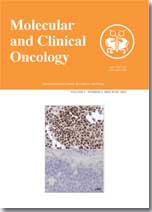