The dysregulation of renin-angiotensin system-signaling is a contributing factor to the development of atherosclerosis and cardiovascular disease. We studied the progression of angiotensin II (AngII)-induced arterial wall atherosclerosis after its induction. Atherosclerosis was accelerated in ApoE (−/−) C57B6 mice by 4 weeks of continuous osmotic pump administration of AngII (23 nmol/24 h). Changes in aortae were evaluated in these mice at 4 and 16 weeks after pump installation, as well as in control mice that were not administered AngII. In comparison to the non-AngII controls, AngII supplementation induced additional lesions in the aortic arch and its vessels 4 weeks after pump installation, indicating that AngII had an effect. These observations were grossly visible and were confirmed through histological analysis. Additionally, the AngII-mediated injuries continued to accelerate great vessel atherosclerosis after the discontinuation of AngII administration at 4 weeks. Atherosclerosis in the ApoE KO mice at 16 weeks post-AngII administration was increased by over 3-fold compared to the difference between lesion development in the ApoE KO mice at 4 weeks post-AngII and the age-matched control ApoE KO mice. While lesion size 12 weeks after cessation of AngII (16 week post-AngII group) increased 249% compared to the 4 week post-AngII group, differences between the rate of lesion formation in the 4 week post-AngII and non-AngII groups indicated a 70% increase and a linear relationship with time. Aortic dissections were present at 4 weeks post-AngII pump installation at high frequency compared to the unsupplemented controls, in which they were absent. Unexpectedly, aortic dissections were absent at 16 weeks post-AngII, indicating the presence of a healing process. The study suggests that excessive AngII initiates a cascade of pathological biochemical events and plaque evolution that does not cease even after AngII administration is discontinued. 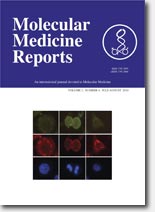