Chamomile: A herbal medicine of the past with a bright future (Review)

Chamomile is one of the most ancient medicinal herbs known to mankind. It is a member of the Asteraceae/Compositae family and is represented by two common varieties, German Chamomile (Chamomilla recutita) and Roman Chamomile (Chamaemelum nobile). The dried flowers of chamomile contain many terpenoids and flavonoids, which contribute to its medicinal properties. Chamomile preparations are commonly used for many human ailments, including hay fever, inflammation, muscle spasms, menstrual disorders, insomnia, ulcers, wounds, gastrointestinal disorders, rheumatic pain and hemorrhoids. Essential oils of chamomile are used extensively in cosmetics and aromatherapy. Numerous preparations of chamomile have been developed, the most popular being in the form of herbal tea, of which more than one million cups are consumed every day. In this review, we describe the use of chamomile in traditional medicine with regard to evaluating its curative and preventive properties, and highlight recent findings that may contribute to its development as a therapeutic agent promoting human health. 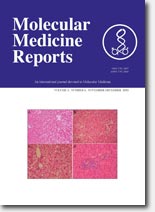