Enhanced in vitro chromosomal radiosensitivity (CRS) has been proposed as a marker for low-penetrance gene mutations predisposing to breast cancer (BC). Since the double strand break (DSB) is the most detrimental form of DNA damage induced by ionizing radiation, it is possible that mutations in genes encoding proteins involved in DSB repair affect breast cancer risk. The purpose of the present study was to examine whether five single nucleotide polymorphisms (SNPs) in Rad51 and Xrcc3 (rs1801320, rs1801321, rs1799796, rs861539 and rs1799794) exhibited an association with breast cancer susceptibility in a Belgian population of BC patients with a known or putative genetic predisposition. We also ascertained whether a relationship exists between the occurrence of the variant alleles of these variations and in vitro CRS. Blood samples were obtained from BC patients and from the control population that included healthy female individuals. Variations in the 5' UTR of Rad51 and Xrcc3 were genotyped, and statistical analysis was performed. The results showed that low-penetrant variations in Rad51 and Xrcc3, two proteins belonging to the homologous recombination DSB repair pathway, may modify BC risk in patients already carrying a pathological mutation in the highly penetrant BC genes BRCA1 and BRCA2. Combined risk genotype analysis revealed that Rad51 SNPs enhance BC risk in BRCA2 patients, whereas Xrcc3 SNPs significantly enhance BC risk in carriers of BRCA1 mutations and in patients with hereditary BC. When four putative risk genotypes of Rad51 and Xrcc3 were combined, positive significant odds ratios were obtained in the entire patient population and in patients with a hereditary history of disease. Although obtained from a limited number of patients, our data are supportive of a polygenic model whereby combinations of weak variations are responsible for an enhanced BC risk by acting jointly with high-penetrant mutations in BRCA1 or BRCA2. 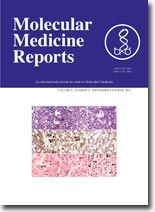