Ultraviolet B (UVB) radiation is part of the spectrum of light produced by the sun. This form of radiation has been implicated as one of the potential etiological factors causing age-related macular degeneration (AMD). Oxidative injury to the retinal pigment epithelium (RPE) has also been thought to play a key role in AMD. The aim of the present study was to determine the mechanism by which UVB causes damage to the RPE cells, whether it occurs through oxidative stress and the mitogen-activated protein kinase (MAPK) pathway and whether the green tea extract, (-)-epigallocatechin gallate (EGCG), has a protective role. Cell viability assays were used to determine the viability of the cells under different conditions. Cell death caused by apoptosis was determined using fluorescein isothiocyanate conjugated-annexin V/PI labeling, followed by flow cytometry. Intracellular reactive oxygen species (ROS) levels were measured by flow cytometry. Western blot analysis was used to detect UVB-induced MAPK signaling pathways. The findings showed that UVB induced apoptosis, which increased intracellular ROS in ARPE19 cells. Inhibition of c-Jun NH2-terminal kinase (JNK) with a specific inhibitor augmented this apoptosis, and anisomycin (an activator of JNK) attenuated this apoptosis. In addition, UVB decreased the phosphorylation of JNK1 and c-Jun. Finally, EGCG reduced the ROS generation and apoptosis, and also partially blocked the decreased phosphorylation of JNK1 and c-Jun by UVB irradiation. The findings show that UVB irradiation is able to induce apoptosis in ARPE19 cells through oxidative stress, but EGCG treatment attenuates this damage. In this situation, the JNK pathway plays an anti-apoptotic role. The use of selective activators or antioxidants may be useful in reducing the oxidative damage occurring in AMD. 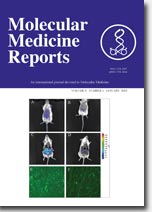