The aim of the present study was to explore the role of exercise in diabetic peripheral neuropathy (DPN) and the mechanisms involved. For this purpose, 31 male Sprague-Dawley rats were used. The rats were assigned to 5 groups: diabetic rats subjected to exercise training (swimming) for 8 weeks (D-Ex1 group), diabetic rats subjected to exercise training for 4 weeks after 4 weeks of being sedentary (D-Ex2 group), diabetic rats which remained sedentary for 8 weeks (D-Sed group), control rats subjected to exercise training for 8 weeks (C-Ex1 group) and control rats which remained sedentary for 8 weeks (C-Sed group). Blood glucose levels and caudal nerve conduction velocity (NCV) were evaluated at 0 (baseline), 28 (4 weeks) and 56 days (8 weeks) after the induction of diabetes. The levels of neurotrophin-3 (NT-3) in skeletal muscle were measured by ELISA at the end of the experiment. Blood glucose levels in the D-Ex1 group rats decreased significantly after 8 weeks of exercise. The caudal NCV markedly decreased in all diabetic rats and significantly increased after 4 or 8 weeks of exercise training. Muscle NT-3 levels were significantly lower in the D-Sed compared to the 4 other groups. Muscle NT-3 levels positively correlated with caudal NCV. In conclusion, swimming training has a beneficial effect on DPN and muscle NT-3 levels, which could help improve caudal NCV in streptozotocin-induced diabetic rats. 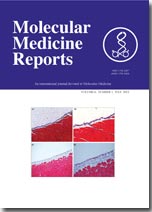