Cordyceps militaris is a traditional herbal ingredient, which has been used for patients suffering from cancer in Oriental medicine. In the present study, we investigated the biochemical mechanisms of anti-proliferative effects by aqueous extract of C. militaris (AECM) in human leukemia U937 cells. It was found that AECM could inhibit cell growth of U937 cells in a dose-dependent manner, which was associated with morphological change and apoptotic cell death such as formation of apoptotic bodies and DNA fragmentation. We observed the down-regulation of anti-apoptotic Bcl-2 expression and proteolytic activation of caspase-3 in AECM-treated U937 cells. However, AECM did not affect the pro-apoptotic Bax expression and activity of caspase-9. Furthermore, Western blotting and RT-PCR revealed that AECM treatment caused a dose-dependent inhibition of cyclooxygenase-2 and prostaglandin E2 accumulation. Taken together, these results indicated that the anti-proliferative effects of AECM were associated with the induction of apoptotic cell death through regulation of several major growth regulatory gene products such as Bcl-2 family expression and caspase protease activity, and AECM may have therapeutic potential in human leukemia treatment. 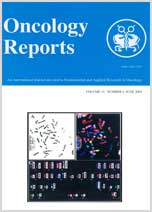