Evaluation of SV40 in osteosarcoma and healthy population: A Hungarian-German study

Simian virus 40 (SV40) has been linked to human cancer, as has osteosarcoma (OS). Although significant discrepancies exist in the frequency, evidence that the virus plays a causative role in some malignancies is mounting. The large-T-antigen and significant SV40 oncoprotein, bind and inactivate the tumour suppressor genes p53 and pRb, which play a key role in osteosarcoma development. We analysed 277 OS samples from two different European countries (154 OS samples from Hungary and 123 from Germany). To ascertain the prevalence of SV40 in the general population, additional blood samples from healthy volunteers from the two countries (166 Hungarian and 149 German) were analysed. To reach an appropriate detection level, we investigated a real-time quantitative PCR-based assay for the detection and quantification of SV40 <10 copies in 500 ng of genomic DNA. We detected SV40 in 52% (143/277) of the OS samples analysed. In detail, we saw differences in the distribution of SV40 between the two countries. Of the Hungarian OS samples, 74% (114/154) showed high amounts of SV40 (>100 copies), whereas only 22% (29/123) of the German OS samples harbour small amounts of SV40 (≈10 copies). SV40 was detected in 8 of 60 German tumour samples (14%) and 21 of 63 German blood samples (33%) from OS patients. In the peripheral blood of healthy volunteers we found only weak SV40 positivity (<10 copies) in the two countries with a somewhat higher frequency in Hungarian 30/166 (18%) than in German blood samples 2/149 (1.3%). No sequence variations were found in SV40-positive samples from the two countries. Our data demonstrate significant differences in the prevalence and quantity of SV40 in OS of these different European geographical origins with a lower frequency in the blood samples of healthy volunteers from the two countries, underlining again the geographical differences previously described by other investigators. 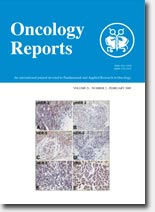