Exposure to some pesticides and persistent organic pollutants (POPs) has been indicated to be a risk factor for non-Hodgkin's lymphoma (NHL). Epstein-Barr virus (EBV) has been associated with some subgroups of NHL. In a previous study we found an interaction between high concentrations of some POPs and titres of antibodies to EBV early antigen (EA IgG) in relation to NHL. In the present study we measured lipid adjusted plasma concentrations of 35 congeners of polychlorinated biphenyls (PCB), p,p'-dichlorodiphenyldichloroethyelene (p,p'-DDE), hexachlorobenzene (HCB), seven subgroups of chlordanes (cis-heptachlorepoxide, cis-chlordane, trans-chlordane, oxychlordane, MC6, trans-nonachlordane, cis-nonachlordane) and one polybrominated diphenylether (PBDE) congener (no. 47) in 99 cases with NHL and 99 population based controls. Odds ratios (OR) for NHL were estimated. Sum of PCBs > median in the controls gave odds ratio (OR) 2.0, 95% confidence interval (CI) 0.99-3.9. High sum of chlordanes yielded OR 2.3, 95% CI 1.2-4.5. An interaction with EBV EA IgG was found. High sum of PCB gave OR 5.2, 95% CI 1.9-14 in the group with EA IgG > 40. Similarly HCB yielded OR 5.3, 95% CI 1.9-15, pp'-DDE gave OR 3.3, 95% CI 1.4-7.7 and sum of chlordanes yielded OR 6.8, 95% CI 2.3-20, whereas no association was found with PBDE. In summary, this study confirmed an association between certain POPs and NHL with an interaction with titre of IgG antibody to EBV EA. 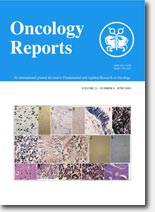