Positron emission tomography (PET) with 18F-2-fluoro-2-deoxy-D-glucose (FDG) demonstrates increased tracer uptake in head and neck carcinomas. This study was undertaken to evaluate FDG-PET for the detection of nasopharyngeal carcinoma (NPC) and cervical lymph node metastasis, as well as to determine the effectiveness of FDG-PET for the diagnosis of recurrent or persistent NPC in irradiated fields. Twenty patients with suspected NPC were enrolled in this study. Ten patients had not received treatment for NPC. The remaining 10 patients were suspected to have recurrent or persistent NPC after radiotherapy. Following FDG-PET imaging, each patient underwent biopsy of suspicious lesions to establish a final diagnosis. The FDG-PET studies were analyzed two ways: i) Each tomogram slice was visually inspected. Abnormal FDG uptake on tomogram was compared to sites of suspected NPC, based on clinical examination, as well CT and MRI results. ii) Computer quantified radioactivity within the region of interest was compared to radioactivity in the cerebellum and to radioactivity in the normal aerodigestive mucosa. i) All proven NPC were detected as areas of increased FDG uptake by visual inspection (accuracy 100%). ii) The differences in levels of radioactivity between NPC and normal tissues were very large: radioactivity ratio of NPC/cerebellum ranged from 102% to 294%, and that of NPC/mucosa ranged from 130% to 704%. iii) All 5 cases of cervical lymph node metastasis were detected. FDG-PET studies of head and neck may prove valuable for distinguishing NPC (increased radioactivity) from scar tissue (reduced radioactivity). Its application may facilitate the diagnosis of recurrent NPC, as fibrosis and distortion of normal architecture in irradiated fields do not affect the accuracy of FDG-PET for the detection of NPC. 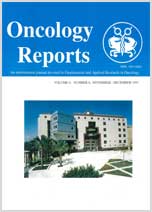