Human and animal data indicate that a high maternal estrogen exposure during pregnancy increases breast cancer risk among daughters. This may reflect an increase in the epithelial structures that are the sites for malignant transformation, i.e., terminal end buds (TEBs), and a reduction in epithelial differentiation in the mammary gland. Some phytoestrogens, such as genistein which is a major component in soy-based foods, and zearalenone, a mycotoxin found in agricultural products, have estrogenic effects on the reproductive system, breast and brain. The present study examined whether in utero exposure to genistein or zearalenone influences mammary gland development. Pregnant mice were injected daily with i) 20 ng estradiol (E2); ii) 20 microg genistein; iii) 2 microg zearalenone; iv) 2 microg tamoxifen (TAM), a partial estrogen receptor agonist; or v) oil-vehicle between days 15 and 20 of gestation. E2, genistein, zearalenone, and tamoxifen all increased the density of TEBs in the mammary glands. Genistein reduced, and zearalenone increased, epithelial differentiation. Zearalenone also increased epithelial density, when compared with the vehicle-controls. None of the treatments had permanent effects on circulating E2 levels. Maternal exposure to E2 accelerated body weight gain, physical maturation (eyelid opening), and puberty onset (vaginal opening) in the female offspring. Genistein and tamoxifen had similar effects on puberty onset than E2. Zearalenone caused persistent cornification of the estrus smears. These findings indicate that maternal exposure to physiological doses of genistein mimics the effects of E2 on the mammary gland and reproductive systems in the offspring. Thus, our results suggest that genistein acts as an estrogen in utero, and may increase the incidence of mammary tumors if given through a pregnant mother. The estrogenic effects of zearalenone on the mammary gland, in contrast, are probably counteracted by the permanent changes in estrus cycling. 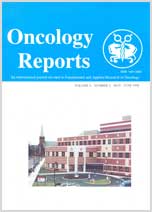