Changes in natural killer cell activity and prostaglandin E2 levels during the progression of diethylnitrosamine-induced hepatocarcinogenesis in Fischer 344 rats.

The sequential changes of natural killer cell (NK) activity and prostaglandin E2 (PGE2) during hepatocarcinogenesis induced by diethylnitrosamine (DEN) in male Fischer 344 rats were investigated. DEN at a concentration of 40 ppm was administered in drinking water for 10 weeks. At weeks 5, 10, 20 and 30, rats were autopsied and the development of glutathione S-transferase placental form positive foci (GST-P+ foci) at weeks 5 and 10 and hepatocellular tumors at weeks 20 and 30 were examined. The labeling index of bromodeoxyuridine (BrdU) an indicator of DNA synthesis, was also sequentially checked. GST-P+ foci were found to increase with age. Hepatocellular nodules increased until week 20, but by week 30 when the incidence of hepatocellular carcinoma was 100%, the incidence of nodules had decreased. BrdU positive cells also increased with age, and by week 30 when the incidence of hepatocellular carcinoma was 100%, the number of BrdU-positive cells had decreased. NK cell activity increased until week 10, but at week 20, was less than in the untreated control group. The level of PGE2 increased until week 5, but at week 10, levels were not significantly different from those seen in the untreated control group. On the basis of these results, we concluded that NK activity is closely related to the progression of hepatocarcinogenesis, but PGE2 levels show no significant change. 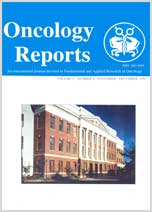