Bcl-2 protein in human myeloid leukaemia cells and its down-regulation during chemotherapy-induced apoptosis. 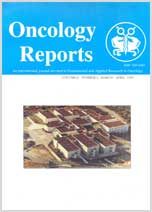