Vascular endothelial growth factor C (VEGF-C) is known to act in lymphangiogenesis. Recent reports suggest VEGF-C plays a role in the spread of several cancers to the lymph system. Lymphatic spread is a critical prognostic factor in esophageal cancer, however, the molecular mechanism involved in the spread of cancerous cells remains unclear. In the present study the clinicopathological implication of VEGF-C was analyzed using immunohistochemistry. Seventy-one patients with esophageal squamous cell carcinoma (ESCC) resected in our institute were included in this study. Formalin-fixed paraffin-embedded specimens were stained for VEGF-C and the correlation between the staining, its clinicopathological parameters and its prognostic power were analyzed statistically. Only histological grade (differentiation) was shown to have a statistically significant correlation with VEGF-C expression (p=0.028). Age (p=0.064), lymph node metastasis (pN) (p=0.085) and vascular invasion (p=0.092) tended to correlate with VEGF-C expression although on analysis this correlation was not statistically significant. The results suggested there is no prognostic implication for VEGF-C in ESCC (p=0.80). There is no significant correlation between VEGF-C expression and clinicopathological parameters involved in lymphatic spread. However, VEGF-C expression might play an important role in metastasis of ESCC since histological grade was closely related to lymph node metastasis and distant metastasis. 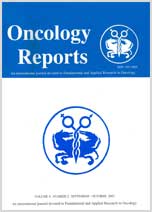