Edaravone was originally developed as a potent free radical scavenger and has been widely used to treat cerebral infarction in Japan since 2001. Several free radical scavengers have been developed and some of them have progressed to clinical trials for the treatment of cerebral infarction. One such scavenger, edaravone, has been approved by the regulatory authority in Japan for the treatment of patients with cerebral infarction. Of particular interest is the ability of edaravone to diffuse into the central nervous system in various neurologic diseases. Aside from its hydroxyl radical scavenging effect, edaravone has been found to have beneficial effects on inflammation, matrix metalloproteinases, nitric oxide production and apoptotic cell death. Concordantly, edaravone has been found to have neuroprotective effects in a number of animal models of disease, including stroke, spinal cord injury, traumatic brain injury, neurodegenerative diseases and brain tumors. The proven safety of edaravone following 9 years of use as a free radical scavenger suggests that it may have potential for development into an effective treatment of multiple neurologic conditions in humans.

Edaravone (Mitsubishi Tanabe Pharma Corporation, Tokyo, Japan) was the first neuroprotective drug to be introduced worldwide and, since 2001, has been used to treat numerous patients with cerebral infarction in Japan. Edaravone has also been introduced in the US for the early management of adults with ischemic stroke (1–3). The anti-oxidant actions of edaravone are believed to enhance prostacyclin production, inhibit lipoxygenase metabolism of arachidonic acid by trapping hydroxyl radicals, inhibit alloxan-induced lipid peroxidation and quench active oxygen. These effects lead to the protection of various cell types, such as endothelial and myocardial cells, against damage by reactive oxygen species (ROS) (4). Although many compounds have been evaluated, few drugs have been found to be successful in studies conducted in Western countries. By contrast, trials conducted by Japanese researchers have been more successful (5). Several free radical scavengers have been developed and certain of these, including ebselen, tirilazad and NXY-059, have progressed to clinical trials (6). However, trials of ebselen and tirilazad in patients with cerebral infarction were terminated because of inadequate therapeutic effects (7,8). Meanwhile, in the Stroke-Acute Ischemic NXY Treatment II trials, NXY-059 was found to be ineffective for the treatment of cerebral infarction when administered within 6 h after the onset of symptoms (9).

Recently, edaravone has been found to have other properties unrelated to its anti-oxidant actions that may be useful for the treatment of a number of other diseases (Table I). Of particular interest is the potential for the use of edaravone in neurologic conditions, such as subarachnoid hemorrhage (SAH), intracerebral hemorrhage (ICH), spinal cord injury (SCI), traumatic brain injury (TBI), amyotrophic lateral sclerosis (ALS) and Parkinson’s disease (PD). To the best of our knowledge, no reports have reviewed a role for edaravone in various neurologic diseases that do not involve cerebral infarction to date. The purpose of this review is to examine the properties of edaravone that may lead to neuroprotection and to summarize the current state of research on the use of edaravone in a number of animal models of neurologic disease.

Beneficial effects of edaravone in models of neurologic disease.

One clinical trial found that the administration of edaravone alone within 72 h of cerebral infarction onset significantly reduced infarct volume and produced sustained benefits during a 3-month follow-up period (10,11). Recently, Unno et al reported that the total amount of edaravone used was associated with its efficacy in terms of rehabilitation gain (12). Meanwhile, the administration of edaravone within 24 h of the onset of cerebral infarction was used for patients with lacunae, large-artery atherosclerosis and cardioembolism cerebral infarctions (2). Several lines of evidence have shown that edaravone has neuroprotective effects following brain injury after cerebral infarction. For example, cerebral infarction is associated with enhanced expression of aquaporin-4 (AQP4), which causes acute edema, metalloproteinase-9 (MMP-9) and the release of high-mobility group box-1 (HMGB-1) from affected tissue, worsening the clinical outcomes (2,3,5,13,14). Edaravone is a low-molecular-weight agent that readily crosses the blood-brain barrier and its activity is not limited to the vascular compartment (4,15). Furthermore, edaravone was found to inhibit MMP-9-related brain hemorrhage in rats treated with recombinant tissue plasminogen activator (14) and attenuate cerebral ischemic injury by suppressing AQP-4 (3). Moreover, edaravone was found to rescue rats from cerebral infarction by attenuating the release of HMGB-1 in neuronal cells (2). Taken together, these findings suggest that edaravone may be used to treat patients with cerebral infarction by targeting and inhibiting the deleterious molecular events associated with brain injury.

A SAH caused by rupture of a saccular cerebral aneurysm (CA) is a life-threatening disease with a 30-day mortality rate of 45% and mild-to-severe morbidity rate of 30% (16,17). CA is a relatively common disease with a prevalence ranging from 1 to 5% as found in a large autopsy series (18). Despite its clinical and public significance, the detailed mechanisms of the initiation, progression and rupture of CAs remain to be elucidated, resulting in the absence of effective medical treatment for patients with ruptured and unruptured CAs (19). Yet, edaravone has been found to effectively inhibit CA formation by suppressing inflammation-related gene expression in aneurysmal walls in mice (19).

Cerebral vasospasm is one of the major causes of mortality and morbidity in patients with SAH (20). The detailed pathogenesis of cerebral vasospasm remains unclear and, in spite of intense and extensive investigations over the past four decades, no optimal treatment has been established (21). Recently, Munakata et al reported a trend toward a lesser incidence of delayed ischemic neurological deficits and a lesser incidence of poor outcome caused by cerebral vasospasm in edaravone-treated patients (22). Edaravone was found to exhibit a clear and selective inhibitory effect against hydroxyl radical-induced vasocontraction in the canine basilar artery in vitro (23).

ICH is an often-fatal stroke subtype (24) and accounts for 8–15% of all strokes in Western populations and 20–30% in Asian populations (25). ICH frequently produces severe neurologic deficits due to secondary brain edema (24). Edaravone was found to attenuate ICH-induced brain edema, neurologic deficits and oxidative injury in rats. In addition, edaravone was found to reduce iron- and thrombin-induced brain injury (24).

One of the most serious clinical diseases is SCI, the incidence of which has been increasing yearly (26). Spinal cord repair is a problem that has long puzzled neuroscientists (27,28). The repair of the injured human spinal cord with resultant functional recovery is one of the major challenges of contemporary neuroscience (29). Although the mortality rate of SCI has dropped to <5%, the disability rate associated with SCI remains high (26). Edaravone has a protective effect on spinal cord neurons, both neurologically and histologically, by suppressing the level of free radical species in rabbits (30,31). Edaravone prevents spinal cord damage and affects the enzyme levels of nitric oxide synthase and Cu/Zn superoxide dismutase (SOD) after transient ischemia in rabbits (32). Furthermore, edaravone was demonstrated to reduce oxidative cellular damage and to increase DNA repair function in the rabbit spinal cord after transient ischemia (33). Moreover, evaluation of the effect of edaravone on lipid peroxide formation and downstream of the cascade of ROS production by measuring malonyldialdehyde in injured spinal cord homogenates found that edaravone significantly attenuated lipid peroxide formation by >45% in the acute stage of SCI (34).

TBI presents a major worldwide social, economic and health problem (35). In the US, the mortality rate is estimated to be 21% 30 days after TBI (36). TBI occurs as a result of a direct mechanical insult to the brain and induces central nervous system degeneration and neuronal cell death (37,38). Edaravone administration following TBI was found to inhibit free radical-induced neuronal degeneration and apoptotic cell death around the damaged area, and to improve cerebral dysfunction following TBI in rats (39). Furthermore, edaravone increased neural stem cell numbers around the area of damage following rat TBI (40). Moreover, edaravone scavenges alkoxyl radicals in both patients and rats with TBI (41,42).

ALS is one of the most common neuromuscular diseases with a worldwide incidence of 8 cases per 100,000 individuals per year (43). ALS is a devastating neurodegenerative disorder characterized by progressive and relatively selective degeneration of upper and lower motor neurons (44). Patients suffer from atrophy and paralysis of systemic voluntary muscles, including respiratory muscles, leading to respiratory failure and subsequent death 3–5 years after disease onset (44). An effective therapy for ALS that is capable of ameliorating its clinical course remains unknown (44). Twenty percent of familial ALS is caused by mutations in the Cu/Zn-dependent SOD1 gene, which was first reported in 1993 (45). The deposition of abnormal SOD1 in the anterior horns was found to be reduced by edaravone administration (46). Since the administration of edaravone was found to result in a marked decrease in the 3-nitrotyrosine/tyrosine ratio, a marker of oxidative stress, the suppression of oxidative stress is likely to be upstream of the inhibition of aggregate formation (46–48). Furthermore, edaravone was found to effectively slow symptom progression and motor neuron degeneration in a mouse model of ALS (46). The beneficial effects of edaravone on Wobbler mice with ALS-like symptoms have also been reported (49). Moreover, a small-sized open trial with edaravone suggested that the drug is safe and may delay the progression of functional motor disturbances in ALS patients (49). Yoshino and Kimura reported that the concentration of 3-nitrotyrosine in the cerebrospinal fluid from ALS patients was reduced following intravenous administration of edaravone (49). Thus, edaravone is a promising therapeutic agent for human motor neuron diseases, including ALS (50). However, evidence for the beneficial effects of edaravone on human ALS patients awaits the publication of the results of a phase III clinical trial of ALS currently ongoing in Japan (50).

PD is the most common neurodegenerative disorder after Alzheimer’s disease (51). The prevalence is estimated at 0.3% in the entire population in industrialized countries, rising to 1% in those over 60 years of age and to 4% of the population over 80 (51). Studies regarding its incidence report that it is between 8 and 18 per 100,000 individuals per year (51). Edaravone was found to exert neuroprotective effects on PD models both in vivo (52) and in vitro (52,53). The underlying mechanisms may involve anti-apoptotic, anti-oxidative and/or the anti-inflammatory effects of edaravone (52,53). Edaravone may be a potential therapeutic agent for PD, although the high therapeutic dosage required is a problem for clinical applications (52,53).

Multiple sclerosis (MS) has a prevalence that ranges between 2 and 150 per 100,000 individuals depending on the country or specific population (54). Research directions regarding MS treatments include investigations aimed to better understand its pathogenesis and heterogeneity; research of more effective, convenient or tolerable new treatments; creation of therapies for progressive subtypes; neuroprotection strategies and the search for effective symptomatic treatments (55).

In this review, we report the possible beneficial effects of edaravone, not only on brain injury following ischemia and reperfusion in patients with cerebral infarction, but also on various neurologic diseases. Recently, it has been reported that edaravone is effective in various models of neurologic disease (Table I). Due to the lack of clinical studies using edaravone, it remains unclear whether edaravone treatment is beneficial for patients who have excess oxidative stress and whether edaravone reduces the mortality rate of these patients. Controlled studies using a large population of patients are required to determine the effects of edaravone on various diseases. It is expected that edaravone may be useful for the treatment of various diseases in which oxidative stress may be involved in the pathogenesis. 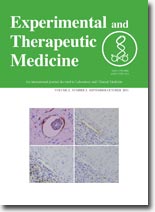