The aim of the present study was to investigate the analgesic effect and safety of the application of different doses of nalbuphine in patient-controlled intravenous analgesia (PCIA) for patients undergoing subtotal gastrectomy. A total of 120 patients, who underwent subtotal gastrectomy at our hospital between May, 2015 and January, 2017 under combined spinal epidural combined anesthesia, were selected. The patients received PCIA after surgery. The patients were randomly divided into four groups, including the morphine (MOP group), nalbuphine 60 mg (N60 group), nalbuphine 80 mg (N80 group) and nalbuphine 100 mg (N100 group). The first dose of PCIA treatment was 2 ml, the background dose was 2 ml/h, PCIA dose was 0.5 ml, and the lockout time was 15 min. Postoperative vital signs and adverse reactions (bleeding, fullness and aching of upper abdomen and vomiting) were recorded. The visual analogue scale (VAS) and Ramsay sedation score of patients were evaluated. The number of PCIA and analgesia-related complications during analgesia were recorded. No significant differences in general data were found among the four groups (P>0.05). The VAS score of the three nalbuphine groups was lower than that of the MOP group, but the differences were not significant. All postoperative Ramsay sedation scores of the four groups showed appropriate sedation, but no significant differences were found between the groups. Compared with the MOP group, the use of postoperative PCIA was significantly delayed and the number of PCIA was significantly smaller in the three nalbuphine groups (P<0.05). The results show that the analgesic effect and safety of the use of PCIA for patients undergoing subtotal gastrectomy were satisfactory. 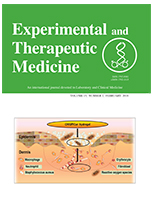