Assessment of the extent of liver fibrosis is a crucial requirement for the design of antiviral treatments for patients with chronic hepatitis B (CHB). Several non‑invasive predictive indices have been developed as potential alternatives to liver biopsy for fibrosis assessment. The present study aimed to establish a novel non‑invasive method for predicting liver fibrosis in patients with CHB. A total of 382 patients with CHB who underwent liver biopsy and pathological examination at The Second Hospital of Anhui Medical University (Hefei, China) were enrolled into the present study. Liver fibrosis was assessed according to the meta‑analysis of histological data in viral hepatitis scoring system. Logistic regression analyses were performed to explore possibly significant characteristics associated with liver fibrosis. In addition, potential correlations between the alkaline phosphatase (AKP)‑to‑platelet count (PLT) ratio (APPR) and the aspartate transaminase‑to‑platelet ratio index (APRI), fibrosis index based on four factors (FIB‑4) and γ‑glutamyl transpeptidase‑to‑platelet ratio (GPR) were assessed using Spearman's correlation analysis. Subsequently, the performance of APPR was compared with APRI, FIB‑4 and GPR using receiver operating characteristic (ROC) analysis. Logistic regression analysis identified AKP and PLT to be significant independent predictors of fibrosis. Therefore, an index was then constructed for predicting the degree of fibrosis, which was expressed using the formula APPR=AKP (IU/ml)/PLT (1x109/l). APPR was found to be positively associated with the fibrotic stage of the liver in addition to being positively correlated with APRI, FIB‑4 and GPR. The area under the ROC curve (AUROC) values of APPR were also significantly higher compared with those of APRI and FIB‑4 in predicting significant fibrosis but were equal to those of GPR. However, for advanced fibrosis and cirrhosis, the AUROC value of APPR was shown to be higher compared with that of APRI, FIB‑4 and GPR. In conclusion, these observations suggest that APPR is a viable marker that can be used to assess liver fibrosis in patients with CHB. 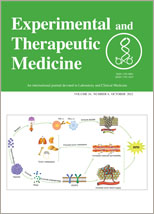