Role of ion channels in the mechanism of proteinuria (Review)

Proteinuria is a common clinical manifestation of kidney diseases, such as glomerulonephritis, nephrotic syndrome, immunoglobulin A nephropathy and diabetic nephropathy. Therefore, proteinuria is considered to be a risk factor for renal dysfunction. Furthermore, proteinuria is also significantly associated with the progression of kidney diseases and increased mortality. Its occurrence is closely associated with damage to the structure of the glomerular filtration membrane. An impaired glomerular filtration membrane can affect the selective filtration function of the kidneys; therefore, several macromolecular substances, such as proteins, may pass through the filtration membrane and promote the manifestation of proteinuria. It has been reported that ion channels play a significant role in the mechanisms underlying proteinuria. Ion channel mutations or other dysfunctions have been implicated in several diseases, therefore ion channels could be used as major therapeutic targets. The mechanisms underlying the action of ion channels and ion transporters in proteinuria have been overlooked in the literature, despite their importance in identifying novel targets for treating proteinuria and delaying the progression of kidney diseases. The current review article focused on the four key ion channel groups, namely Na+, Ca2+, Cl‑ and K+ ion channels and the associated ion transporters. 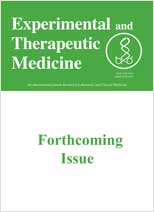