A blood supply is crucial for tissue healing and regeneration. Periodontal ligament (PDL) tissue is situated between the tooth root and alveolar bone, and cells derived from PDL tissue are reported to have stem cell-like activity. This study aimed to evaluate the potential of PDL cells derived from deciduous teeth to express endothelial cell (EC)-specific markers. Using quantitative PCR, we investigated whether PDL cells derived from human deciduous teeth express mRNA for the EC-specific markers: vascular endothelial-cadherin (VE-cadherin), vascular endothelial growth factor receptor 2 (VEGFR2) and CD31 upon treatment with 15 ng/ml heparin or 10 ng/ml fibroblast growth factor (FGF)-2 in vitro. Quantitative PCR showed that PDL cells expressed mRNA for the EC-specific markers, VE-cadherin and VEGFR2, when cultured in the presence of heparin alone or with FGF-2. By contrast, marked CD31 mRNA expression was induced only when PDL cells were cultured with both heparin and FGF-2. Western blot analysis showed that the CD31 protein was induced in PDL cells upon treatment with both heparin and FGF-2 for 3 weeks. PDL cells derived from deciduous teeth inducibly express EC-specific markers and thus have the potential to differentiate into a vascular cell lineage.

Endothelial cells (ECs), which are derived from vascular progenitor cells, are responsible for angiogenesis and the events of wound healing (1). They are characterized by the expression of vascular endothelial-cadherin (VE-cadherin, CDH5) (2–4), vascular endothelial growth factor receptor 2 (VEGFR2, KDR) (5,6), and CD31 (also called platelet endothelial cell adhesion molecule-1, PECAM-1) (7). Since a blood supply is crucial for wound healing and tissue regeneration, it is important to determine how the progenitors of ECs differentiate into vascular cells in order to establish a practical strategy for regenerative therapy (1).

For therapy involving PDL tissue, biologically active soluble factors such as cytokines and growth factors are being evaluated for clinical use in the regeneration of periodontal tissue damaged or lost as a result of periodontitis. Of these factors, basic fibroblast growth factor (FGF-2) is a multifunctional growth factor that has a variety of effects, including the induction of proliferation and differentiation in a wide range of mesodermal and neuro-ectodermal cells. Moreover, FGF-2 is one of the most potent angiogenesis inducers (13). Therefore, we investigated whether FGF-2 induces EC-specific markers in cultured PDL cells in vitro.

In this study, we demonstrated that the expression of VE-cadherin, VEGFR2 and CD31 mRNA is induced in cultured PDL cells by treatment with heparin alone or with FGF-2. We also demonstrated CD31 protein expression in PDL cell cultures using Western blot analysis. This is the first report on the inducible expression of the endothelial cell phenotype by PDL cells derived from human deciduous teeth.

PDL tissues were obtained from the middle third of the root surfaces of healthy human deciduous teeth (obtained from three donors, aged 7–8 years), as described previously (14,15). Informed consent was obtained from the donors' parents before tooth extraction, which was carried out in our hospital during the course of orthodontic treatment. The study protocol was approved by the Ethics Committee of Iwate Medical University, School of Dentistry (no. 01101).

The PDL tissues were cut into pieces using a surgical blade and were digested with collagenase (2 mg/ml) at 37°C for 30 min. Then, the tissues were washed with Dulbecco's phosphate-buffered saline (PBS), placed on culture dishes, and maintained in α-modified minimum essential medium (α-MEM; Gibco BRL, Gaithersburg, MD, USA) supplemented with 10% fetal bovine serum (FBS; Gibco BRL). Fibroblastic cells that outgrew from the PDL tissues were used as PDL cells. When the cells reached confluence, they were detached with 0.2% trypsin and 0.02% EDTA •4Na in PBS, and subcultured at a 1:4 split ratio. The experiments were performed using 4th-passage cells cultured in α-MEM supplemented with 10% FBS in the absence or presence of 15 ng/ml heparin or 10 ng/ml FGF-2 for 2 days. The cultures were maintained at 37°C in a humidified atmosphere of 5% CO2 in air.

Total RNA was extracted from the cultured PDL cells by using Isogen (Nippon Gene, Tokyo, Japan) as described previously (14,15). The pellet of total RNA was washed briefly with 75% ethanol, resuspended in 30 μl of diethylpyrocarbonate (DEPC)-treated water, and stored at −80°C. The concentration of total RNA was determined spectrophotometrically by measuring the optical density at 260 nm.

The RNA sample (1 μg) was reverse-transcribed to first-strand cDNA using a PrimeScript RT Reagent Kit (Takara Shuzo, Kyoto, Japan) according to the manufacturer's protocol. A Thermal Cycler Dice Real-time System (Takara Shuzo) was used for the two-step reverse transcription-PCR. The cDNA was amplified with SYBR Premix ExTaq and specific oligonucleotide primers for target sequences encoding parts of VE-cadherin, VEGFR2 and CD31. The primers (listed in Table I) were designed based on the cDNA sequences of human mRNA for VE-cadherin, VEGFR2, CD31 and glyceraldehyde 3-phosphate dehydrogenase (GAPDH). Amplification conditions consisted of 10 sec at 95°C, followed by 40 cycles at 95°C for 5 sec and 60°C for 30 sec, with a final 15 sec at 95°C and 30 sec at 60°C in the Thermal Cycler Dice Real-time System.

The results are expressed as the mean ± SEM. Statistical significance was determined by one-way analysis of variance Bonferroni comparisons between pairs of groups. Data with a P-value <0.01 were considered statistically significant.

As shown in Fig. 1, PDL cells exhibited various cell types at 10 days after isolation from PDL tissues using phase-contrast microscopy. Most of the PDL cells derived from deciduous teeth were fibroblastic cells (Fig. 1A, arrows). Some cells were polygonal shape, similar to epithelial cells and mature osteoblasts (Fig. 1A, arrowheads). A few cells were senescent fibroblastic cells (Fig. 1A, arrowheads). After the cells reached confluence and subculture, it was not possibe to distinguish between the cell morphologies (Fig. 1B).

After culturing for 2 days, PDL cells were subconfluent in the control media and the presence of heparin or FGF-2 (Fig. 2). Upon treatment with both heparin and FGF-2, PDL cells reached confluence, and their morphology was altered into long and thin spindle-shaped fibroblasts (Fig. 2D).

As shown in Fig. 4, PDL cells treated with FGF-2 alone and/or heparin reached confluent multilayers when culturing for 3 weeks. Due to confluence, there were no large differences in the morphology between the control and the cells treated with heparin alone (Fig. 4A and B). Upon culturing in the presence of FGF-2 alone and both heparin and FGF-2, PDL cells showed long and thin spindle-shaped fibroblastic morphology (Fig. 4C and D, arrowheads) and polygonal morphology (Fig. 4D, arrows).

Tissue regeneration and homeostasis in response to pathological and environmental changes such as periodontal disease, wounding and tooth movement with orthodontic treatment are thought to depend in large part upon angiogenesis in the periodontal tissue. PDL cells exist surrounding tooth roots and thus are likely to play an important role in periodontal tissue maintenance. Recently, PDL cells were shown to have biological characteristics in common with bone marrow mesenchymal cells, suggesting that multipotent stem cells are present in the PDL tissue (11). However, it remains unclear whether PDL cells derived from human deciduous teeth can give rise to the endothelial cell (EC) lineage in vitro. To investigate PDL tissue regeneration and homeostasis, it is crucial to determine whether PDL cells have the ability to become ECs.

In this study, we used PDL cells derived from human deciduous teeth to investigate the effects of heparin and FGF-2 on the expression of markers specific for mature ECs: VE-cadherin (2–4), VEGFR2 (5,6) and CD31 (7). Previous studies have found that PDL cells, which are not stimulated with FGF-2, do not express EC markers such as CD31 (12,16). We also found that PDL cells do not express VE-cadherin, VEGFR2, or CD31 without treatment with FGF-2. Surprisingly, PDL cells increased the expression of VE-cadherin and VEGFR2 when cultured in the presence of heparin alone or with FGF-2. The expression of CD31 was also significantly increased in PDL cells cultured with both heparin and FGF-2. This discrepancy might have been due to the presence of heparin in the cell culture conditions. Heparin, a soluble derivative of heparin sulfate and a well known cofactor for FGF-2, substantially enhances the activity of FGF-2 (17). Our observation that the addition of heparin in the absence of FGF-2 stimulated the expression of VE-cadherin and VEGFR2 suggests that heparin enhanced the activity of endogenously produced FGF-2. Nevertheless, other mechanisms cannot be excluded. For example, heparin might have enhanced the activity of growth factors present in the fetal bovine serum, resulting in up-regulated expression of VE-cadherin and VEGFR2 in PDL cells.

Compared with mRNA expression, CD31 protein production showed relatively small changes in the PDL cells. However, the treatment with FGF-2 was sufficient to induce CD31 protein. As shown in Fig. 5, when PDL cells were treated with heparin and FGF-2, CD31 production was increased approximately 2-fold compared with the control group. The amount of protein, which is determined, not only by the mRNA level, but also by multiple processes of protein synthesis and degradation, may be a critical factor.

Here, we demonstrated for the first time that PDL cells derived from human deciduous teeth inducibly express EC-specific markers, such as VE-cadherin, VEGFR2 and CD31 upon treatment with heparin alone or with FGF-2 in vitro. These findings are useful to understand how to regenerate PDL tissue by inducing angiogenesis. 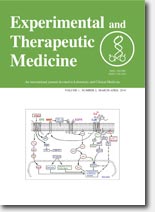