External ear canal cholesteatoma (EACC) is an invasive and destructive chronic inflammation based on the uncontrolled proliferation of the keratinocytes with an osteolytic character predominantly present in the inferior part of the auditory canal. EACC is a rare otologic entity and the incidence is estimated about 1 patient per 1000 new otologic patients. Although, EACC was described already in 1850, the cause is still unknown. Poor blood supply resulting in hypoxia is assumed to be the major etiologic factor for establishing EACC. VEGF is known to be one of the most important regulators of angiogenesis predominantly released in hypoxic conditions. VEGF is thought to play an important role in many regulatory pathways besides angiogenesis. In order to reveal the role of VEGF in the pathogenesis of EACC we determined the difference of the VEGF-expression in EACC and normal auditory meatal skin (AMS). EACC samples showed an increased expression of VEGF in all layers of the EACC-epithelium whereas AMS was predominantly reactive in the basal layers. The underlying stroma exhibited different stain-intensity which was correlating to the density of inflammatory cells. In summary poor blood supply results in hypoxic conditions which supports epithelial migratory disturbances of the auditory meatal duct. In order to improve hypoxia VEGF is released to induce angiogenesis. One of the results is migration of the keratinocytes proliferating into adjacent tissue. This study revealed an increased expression of VEGF in all layers of the EACC-epithelium. Therefore it is considered that up-regulation of VEGF enables and supports the pathogenesis of EACC, and VEGF seems to be a pivotal factor for the manifestation of EACC. This is the first study describing VEGF expression in EACC and its difference to AMS. 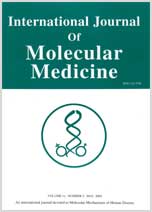