Diabetic retinopathy is one of the common complications of diabetes and is the leading cause for patients' visual dysfunction and sight loss. However, the mechanism of diabetic retinopathy is not clearly defined. The present study was undertaken to investigate neuroretinal apoptosis in different stages in a mouse model for type 2 diabetes mellitus and the mechanism of diabetic retinopathy. KKAY mouse with genetic diabetes, an animal model for type 2 diabetes, was used in this study. Mice were divided into a control group and a diabetic group. The mice in both groups were sacrificed at one month and three months, and the mouse eyeballs were used for making retinal histologic sections. We showed in this study that the apoptotic cell numbers for retinal neural cells in the ganglion cell layer were significantly greater in the diabetic group than in the control group (p<0.01), as determined by the TUNEL assay. In addition, many more apoptotic retinal neuronal cells were found in the retinal ganglion cell layer and medial part of the inner nuclear layer in the diabetic group when the mice were sacrificed at three months as compared to those sacrificed at one month (p<0.01). We also studied the ultrastructure of the retinal nerve cells and microvesseles by electron microscopy and demonstrated that the ultrastructure changes for retinal neural cells and retinal microangiopathy were observed in, as early as, the early stage of diabetes. These findings indicate that: i) retinal neuropathy and microangiopathy occur in the early stage of diabetes, ii) apoptosis may be an important mechanism through which retinal neurodegeneration is developed, and iii) both retinal neurodegeneration and retinal microangiopathy should be considered as the diabetic retinopathy. 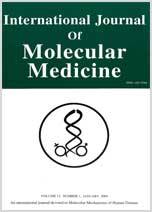