The receptor for advanced glycation end products (RAGE) is thought to play a critical role in diabetic atherosclerosis. Accordingly, a functional -374T/A polymorphism in RAGE gene promoter has been associated with macrovascular complications in type 1 diabetic patients. However, the extent to which this common variant influences the risk of coronary artery disease (CAD) in the general population remains to be determined. We genotyped the -374T/A RAGE polymorphism in 259 non-diabetic individuals, of whom 175 had angiographically documented coronary artery disease (CAD patients) and 84 had normal coronary angiography (CAD-free control subjects). Homozygosity for the -374A allele was found in 9.7% of the CAD patients versus 22.6% of the CAD-free subjects (p=0.005). By means of a multiple logistic regression analysis, the AA genotype of the -374T/A polymorphism was shown to be independently associated with a reduced risk of CAD (adjusted odds ratio 0.33, 95% CI 0.15 to 0.73; p=0.006). Our observations suggest that the -374T/A polymorphism of the RAGE gene may reduce susceptibility to CAD, thus exerting a protective effect on coronary risk. Future pathophysiological studies may be worthwhile to clarify the mechanisms behind this association. 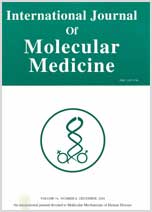