Prunella vulgaris L. (Labiatae) is a perennial plant known as ‘self-heal’ in Western herbal medicine. It has a wide array of biological effects exhibiting numerous therapeutic potentials. Its anti-microbial effects including anti-viral and anti-bacterial effects are, presently, receiving increasing attention. While its anti-viral effects are attributed mainly to the inhibition of virus replication, the biological mechanisms of its anti-bacterial effects or actions remain unknown. In view of the fact that polysaccharides isolated from medicinal herbs often function as biological response modifier of body immunity, we hypothesized that the anti-microbial effect of polysaccharides isolated from P. vulgaris is probably also mediated via immune modulation. We have isolated four polysaccharides containing fractions from P. vulgaris, one of the fractions, PV2, could markedly stimulate the production of superoxide and nitrite representing nitric oxide from murine macrophage RAW264.7 and brain macrophage BV2 cells. The amount of nitrite and superoxide produced after PV2 stimulation was as high as that seen in stimulation using bacterial endotoxin lipopolysaccharide (LPS), and this stimulatory response is dose-dependent. In addition to monocyte/macrophage, PV2 also stimulated the proliferation of splenocytes. In this study, we have shown that the polysaccharides isolated from P. vulgaris have marked immune stimulatory effects, which may bring about the anti-microbial effects of P. vulgaris. 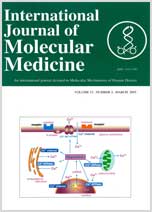