Forkhead transcription factor, DAF-16, regulates genes that contribute both to longevity and resistance to various stresses in C. elegans. We and others have reported that members of the FOXO, mammalian homologs of DAF-16, also regulate genes related to stress resistance, such as GADD45. The NAD-dependent protein deacetylase, SIR2, is required for life span extension in yeast induced by caloric restriction, which also increases longevity in a wide variety of other organisms, including mammals. Sir2.1, a homolog of yeast SIR2, also extends life span by acting in a DAF-16 signaling pathway in C. elegans. We demonstrate that mammalian SIRT1 (Sir2α) physiologically interacts with FOXO. Acetylation of FOXO4, by the transcriptional coactivator p300, counteracted transcriptional activation of FOXO4 by p300. In contrast, mammalian SIRT1 was found to bind to FOXO4, catalyze its deacetylation in an NAD-dependent manner, and thereby increase its transactivation activity. The activity of FOXO4 is suppressed or enhanced by SIRT1 inhibitor, nicotinamide, or its activator, resveratrol, respectively. In response to oxidative stress, FOXO accumulates within the nucleus and induces GADD45 expression. FOXO-mediated GADD45 induction is markedly impaired in the cell, which depleted SIRT1 expression by RNA-interference. These results indicate that mammalian SIRT1 plays a pivotal role for FOXO function via NAD-dependent deacetylation in response to oxidative stress, and thereby may contribute to cellular stress resistance and longevity. 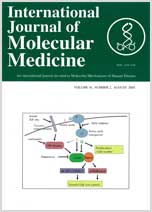