Effect of GLP-1 on D-glucose transport, lipolysis and lipogenesis in adipocytes of obese subjects

GLP-1 has anorectic properties and regulates fuel homeostasis through both its insulinotropic and insulinotrophic actions and effects in extrapancreatic tissue. This study is aimed at characterizing the response to GLP-1 of adipocytes from obese patients, in terms of D-glucose transport and lipid metabolism, in comparison with data from normal subjects. Adipocytes were obtained by enzymatic digestion from the abdominal fat tissue of 25 morbidly obese patients and 8 normal subjects undergoing bariatric or inguinal hernia surgery, respectively. Basal GLUT4 expression, D-glucose transport, glycerol release and lipogenesis were measured in cells treated, when required, with 10−12-10−9 M GLP-1, insulin, glucagon and the GLP-1 structurally related peptides, exendin-4 and exendin-9. In obese patients, versus normal subjects, a trend towards lower values was found in GLUT4 protein or mRNA, although the differences were not statistically significant; insulin-stimulated glucose uptake was higher and cells did not respond to GLP-1, while both exendins (10−10 and 10−9 M) exerted an inhibitory action; basal lipolysis was higher and so was the effect of GLP-1 and glucagon, whereas insulin abolished the lipolytic action of all peptides; both basal lipogenesis and the response to insulin were higher while GLP-1 and exendin-4 were ineffective. These results document the analogies and dissimilarities between the response to GLP-1, exendin-4 and exendin-9, as well as to insulin and glucagon, relative to glucose transport and lipid metabolism of fat tissue from obese patients versus normal subjects, the reduced lipogenic effect and enhanced lipolytic action of GLP-1 being, perhaps, adequate for its therapeutic use in obesity. 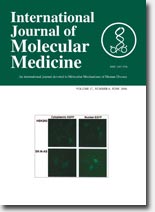