The effects of some endocrine disruptors that possess estrogen-like activity on the secretion and growth of regenerating rat adrenal cortex have been investigated in ovariectomized (OVX) and sham-OVX rats. As reference groups, dexamethasone (Dx)-administered sham-OVX and 17β-estradiol-administered OVX animals were used. Dx, estradiol and endocrine disruptors were subcutaneously injected daily at a dose of 3 nmoles/100 g for 10 consecutive days after surgery, and adrenal enucleation was performed on day 5 of the experiment. Dx and genistein significantly decreased corticosterone plasma concentration (as measured by RIA) in sham-OVX rats with regenerating adrenals, while other disruptors (eusolex, procymidone, linurone, resveratrol, bisphenol-A and and silymarin) were ineffective. Mitotic index (as assayed by the stachmokinetic method with vincristine) was not changed by either Dx or disruptors. Estradiol significantly increased and genistein significantly lowered corticosterone blood level in OVX rats; similar effects were induced in the mitotic index of regenerating adrenals, but the changes were not significant. Eusolex increased the mitotic index, without altering the level of circulating corticosterone. Collectively, our findings allow us to conclude that, of the endocrine disruptors tested, only genistein is able to suppress the secretory activity of regenerating adrenal cortex, this Dx-like effect being apparently unrelated to its estrogen-like activity, and only eusolex enhances the proliferation rate of regenerating adrenal, the effect being conceivably connected with its estrogen-like activity. 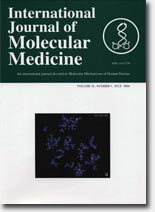