Attention was recently drawn to differences in the fatty acid pattern of liver phospholipids and triglycerides in animal models of type 1 and type 2 diabetes. The present study extends this knowledge to epididymal or parametrial adipose tissue lipids. The fatty acid pattern of such lipids was established in four fed female normal rats, four overnight fasted female normal rats, six fed female rats rendered diabetic by an injection of streptozotocin 3 days before sacrifice (STZ rats), and four female and four male Goto-Kakizaki rats (GK rats) also examined in the fed or fasted state. In addition to the fasting-induced and diabetes-related changes in plasma D-glucose and insulin concentrations, differences in either the weight percentage of fatty acids or the paired ratio between distinct fatty acids were often encountered. For instance, in the GK rats, gender differences were observed in the weight percentage of C18:2ω6, as well as C18:2ω6/C18:3ω6, C18:3ω6/C20:4ω6, C20:5ω3/C22:5ω3 and C22:5ω3/C22:6ω3 ratios. When compared to normal rats, the activity of Δ9-desaturase was markedly increased in GK rats and, to a lesser extent, in STZ rats. Starvation also increased to some extent the activity of Δ9-desaturase. The relative content of C22:6ω3 was also higher in diabetic than in normal rats. Further differences between GK and STZ rats concerned the generation of C18:3ω6 from C18:2ω6, C20:4ω6 from C18:3ω6, and C20:5ω3 from C18:3ω3. Several differences found in the adipose tissue of GK versus STZ rats were reminiscent of those recently identified in the liver triglycerides of these two types of diabetic animals, suggesting a common regulatory mechanism, possibly linked to the higher insulinemia of GK rats versus STZ rats. 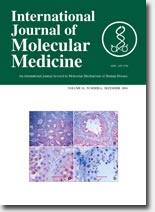