Curcuminoids are the major active components extracted from Curcuma longa and are well known for their antioxidant effects. Previous studies have reported that the antioxidant properties of curcuminoids are mainly attributed to their free radical scavenging abilities. However, whether there are other mechanisms besides the non-enzymatic process and how they are involved, still remains unknown. In the present study, we explored the protective effects of bisdemethoxycurcumin (Cur3) against tert-butyl hydroperoxide (t-BHP)-induced cytotoxicity in human umbilical vein endothelial cells (HUVECs), focusing on the effect of Cur3 on the regulation of the phosphatidylinositol 3-kinase (PI3K)/Akt and the mitogen-activated protein kinase (MAPK) pathways. The pre-treatment with Cur3 inhibited t-BHP-induced cell damage dose-dependently, which was evident by the increased cell viability and the corresponding decrease in lactate dehydrogenase release. The pre-treatment with Cur3 also attenuated t-BHP-induced cell morphological changes and apoptosis. MAPKs, including p38, c-Jun N-terminal kinase (JNK), extracellular signal-regulated protein kinase 1/2 (ERK1/2), as well as PI3K/Akt have been reported to be involved in proliferation, apoptosis and differentiation under various stress stimulations. The pre-treatment with Cur3 decreased t-BHP-induced ERK1/2 phosphorylation and increased t-BHP-induced Akt phosporylation but did not affect the phosphorylation of p38 or JNK. In addition, the Cur3-induced increase in cell viability was attenuated by the treatment with wortmannin or LY294002, the upstream inhibitors of Akt, and was enhanced by the treatment with 2-[2'-amino-3'-methoxyphenyl]-oxanaphthalen-4-one (PD98059), an upstream inhibitor of ERK1/2. These results suggest that the ERK1/2 and PI3K/Akt signaling pathways could be involved in the protective effects of Cur3 against t-BHP-induced damage in HUVECs. 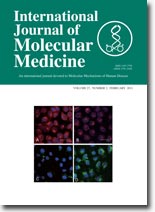