Atrial fibrillation (AF) is the most frequent cardiac arrhythmia and is a major cause of morbidity and mortality. Previous studies have established genetic defects as a risk factor for AF in a minority of patients. However, AF is of substantial genetic heterogeneity and the molecular determinants for AF in a majority of cases remain unclear. In this study, the entire coding sequence and splice junctions of GATA4, which encodes a zinc-finger transcription factor essential for cardiogenesis, were sequenced in 160 unrelated patients with lone AF. A total of 200 unrelated ethnically matched healthy individuals were used as controls. The available relatives of the patient carrying an identified mutation were genotyped. The functional characteristics of the mutant GATA4 were analyzed using a luciferase reporter assay system. As a result, two novel heterozygous GATA4 mutations of p.G16C and p.H28D, were identified in 2 unrelated families with AF, respectively, which co-segregated with AF in each family with complete penetrance. Functional analysis demonstrated that the mutations of GATA4 were associated with a significantly decreased transcriptional activity. The findings expand the mutation spectrum of GATA4 linked to AF and provide novel insight into the molecular mechanism involved in the pathogenesis of AF. 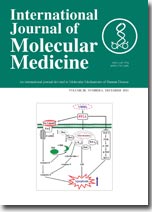