Endocrine disruptors (EDs) have estrogenic activity and can cause physiological estrogenic responses. Octylphenol (OP) is one of the alkylphenolic compounds known as environmental xenoestrogens because they strongly compete with endogenous estrogens to bind to estrogen receptors (ERs). Isobutyl paraben (IBP), a widely used preservative, also exhibits estrogenic activity. Calbindin-D9k (CaBP-9k) is a novel biomarker for the detection of EDs used in our previous studies. In this study, the CaBP-9k gene was utilized as a marker for the estrogenic activity of combined OP and IBP to investigate possible additive, synergistic or antagonistic effects of these compounds in GH3 rat pituitary cells. GH3 cells were treated with different individual or combined doses of OP and IBP. In addition, the antiestrogen ICI 182,780 was used to examine the potential involvement of ERs in the induction of CaBP-9k expression by EDs. It was found that CaBP-9k expression was significantly increased at a high-dose of OP (1 µM) combined with each dose of IBP (0.1, 1 or 10 µM) compared to all single doses of IBP and OP. A synergistic increase in luciferase activity and CaBP-9k expression was observed following combination treatment with OP and IBP. Expression of the progesterone receptor (PR) gene was similarly induced by combined treatment with OP and IBP. In addition, pre-treatment with ICI 182,780, an estrogen antagonist, significantly blunted ED-induced CaBP-9k and PR expression. In summary, the expression of CaBP-9k and PR was induced more potently by combined OP and IBP than by treatment with either ED alone. ICI 182,780 treatment reversed ED-induced CaBP-9k and PR expression in these cells. Taken together, these results indicate that combined exposure to OP and IBP has a synergistic effect on the induction of CaBP-9k and PR gene expression via an ER-dependent pathway in GH3 cells. 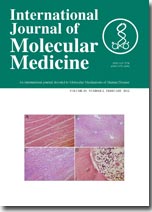